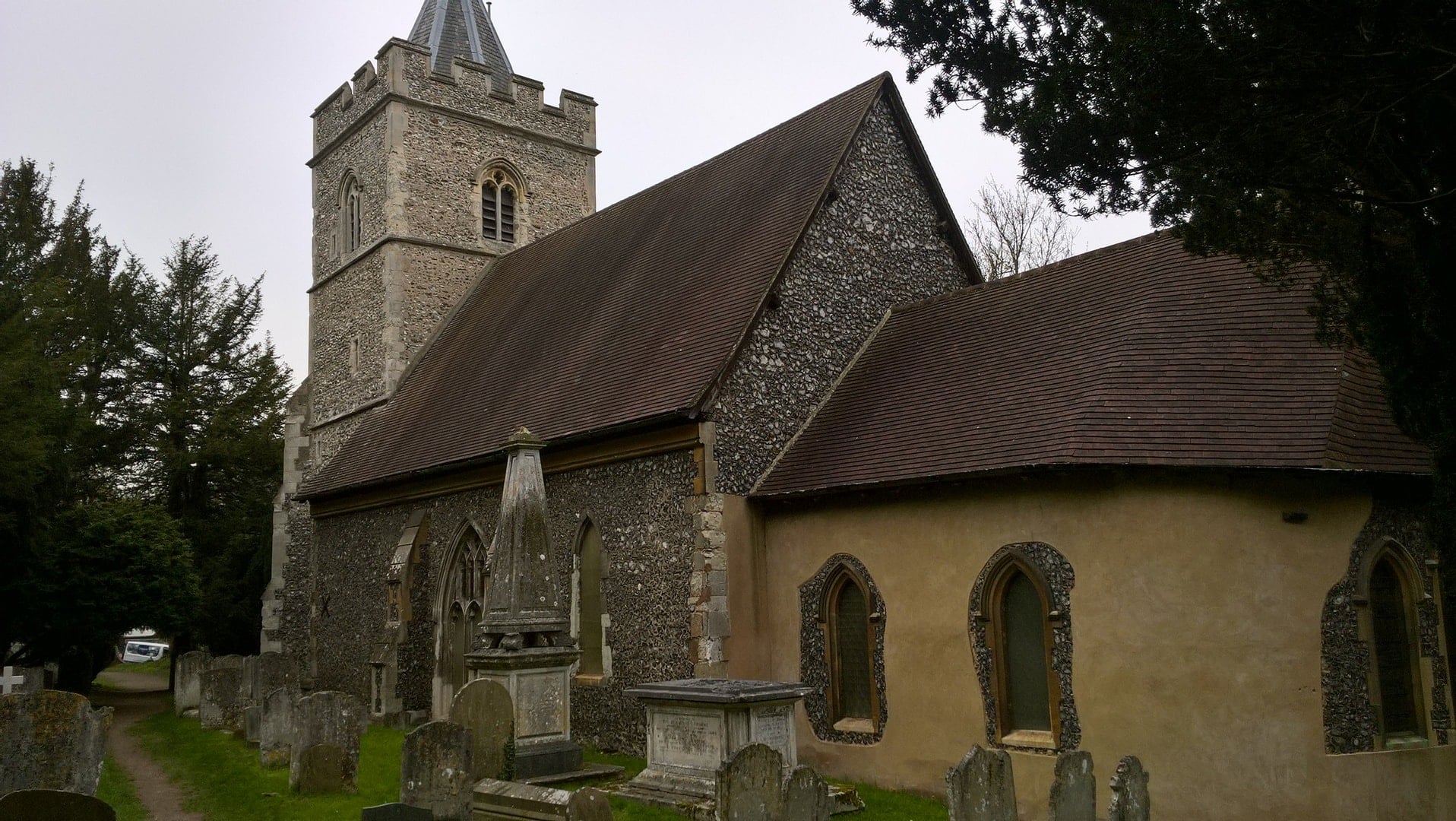 For some time, the Vestry toilet had been failing to impress and Dobsons was approached to see what could be achieved. The initial consultation was to remove the butler sink and hot water heater out of the toilet area to provide a more hygienic space to make hot refreshments and wash up afterwards. This would have the additional benefit of opening up the toilet area to gain some storage whilst allowing greater freedom of movement for those less abled users.

The rear wall of the cloakroom was built out to hide the soil vent pipe, heating pipe work, cold water supply feeds and additional waste pipe work from both toilet and basin. Doing so enabled us to also conceal a combined supportive toilet frame and cistern within the void. By mounting the toilet pan up off the floor, we could increase the height at which the seat would be used at, making it not only more comfortable for the user, but also minimising the amount of ceramic on show, concealing most potential dust traps and making it much easier to clean around. The upper half of the stud work boxing could then be set aside for recessed cabinetry, mirrored to keep the area feeling spacious. 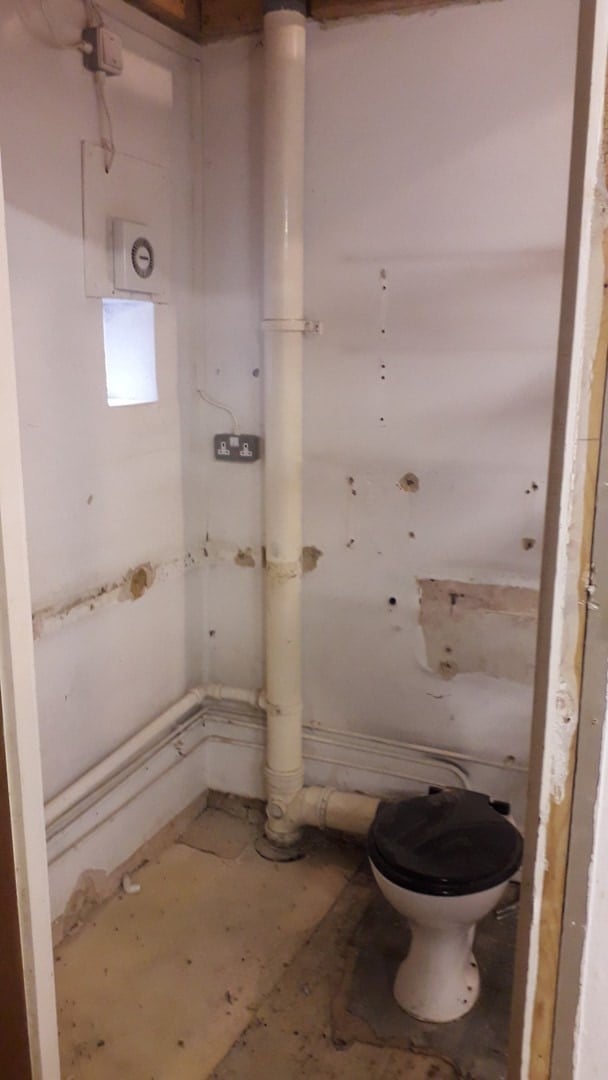 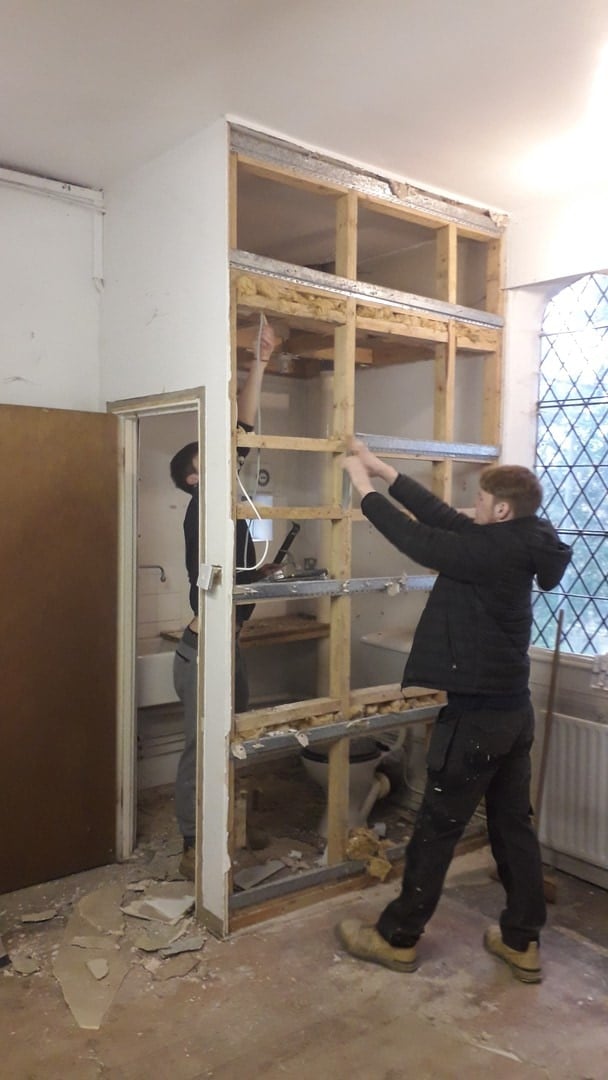 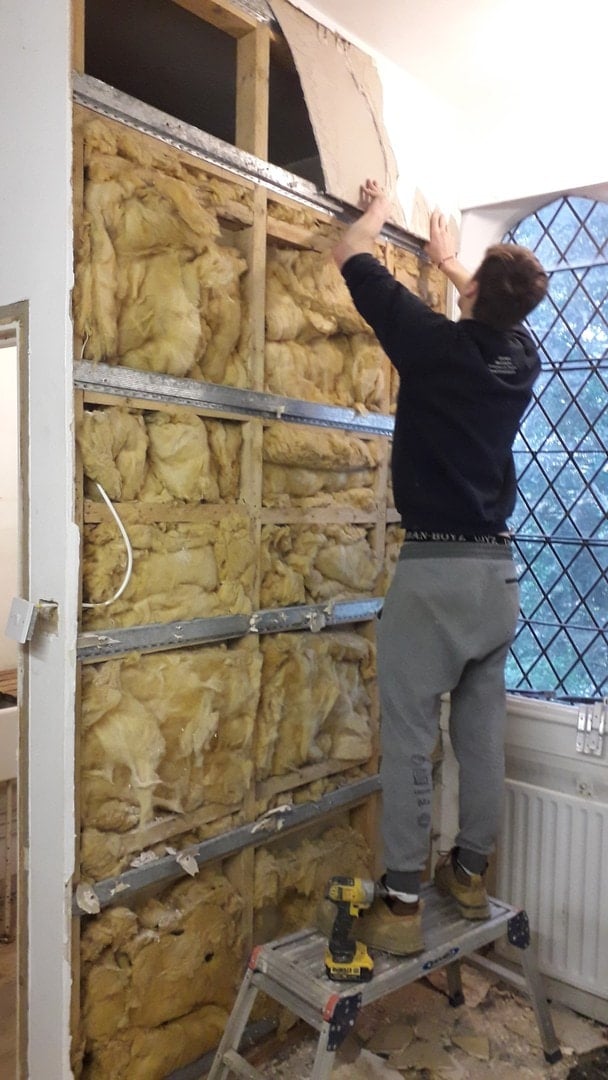 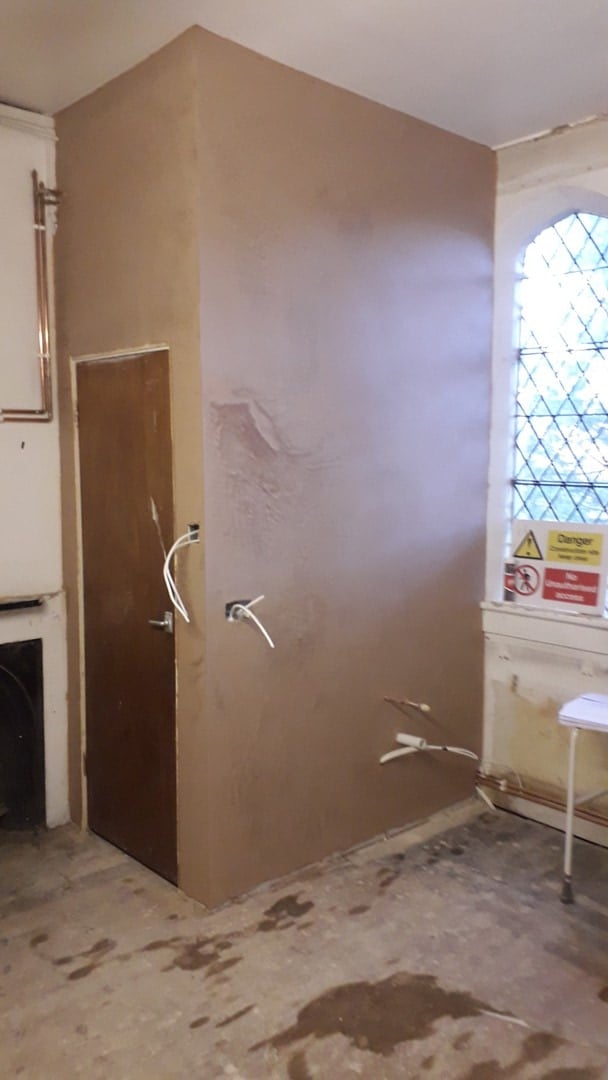 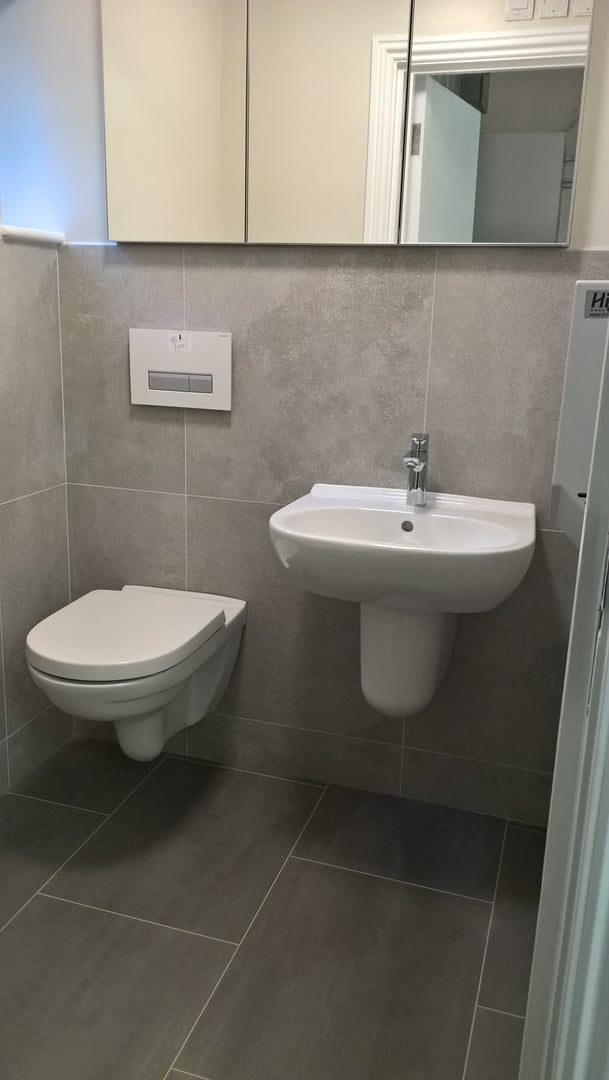 The kitchen sink and furniture were to be relocated to the other side of the partition wall but rather than re-install a high-level instantaneous hot water heater above the sink, we suggested using the the Quooker Combi boiling water tap. This would provide the users with boiling water on demand, doing away with the need to carry heavy (and noisy when switched on) heating urns around the church, but would allow us to provide hot water to both kitchen mixer and cloakroom mixer taps, all from one source.  The Twin tap Quooker separates out the boiling water element from the main kitchen mixer, providing additional safety to users. 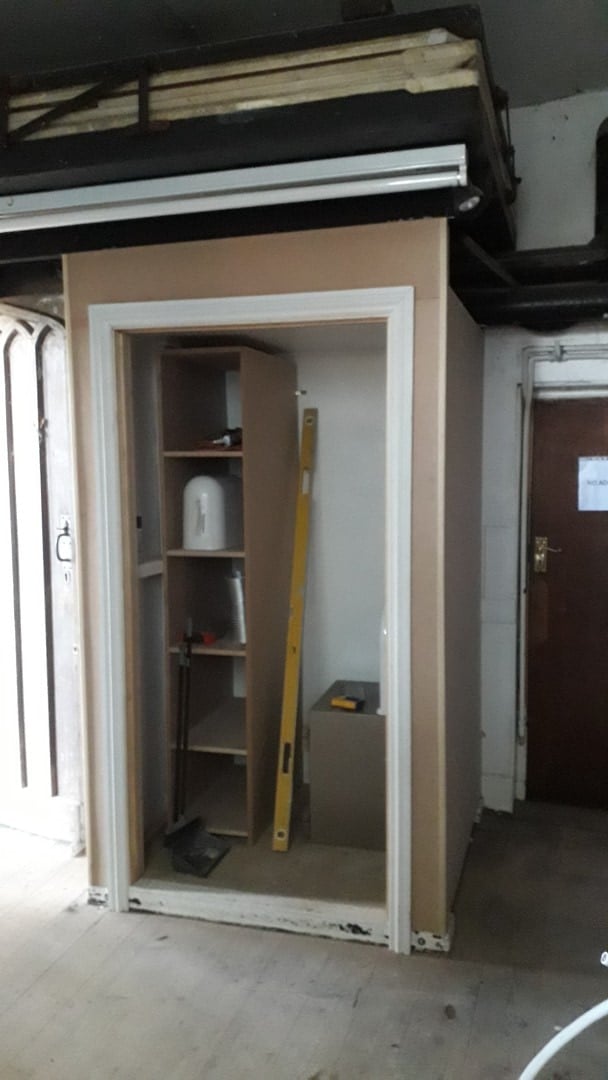 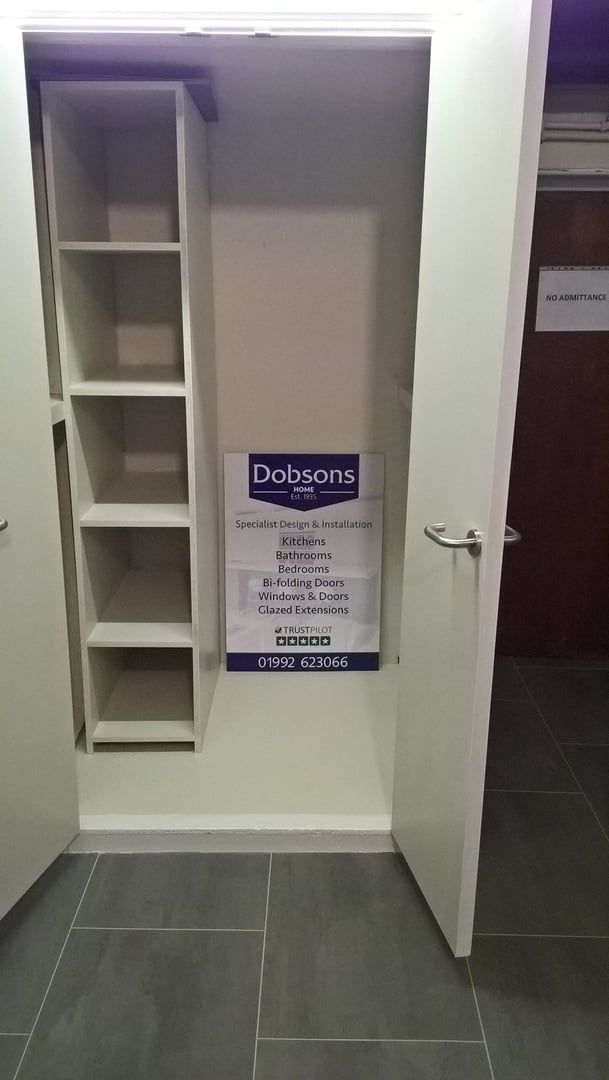 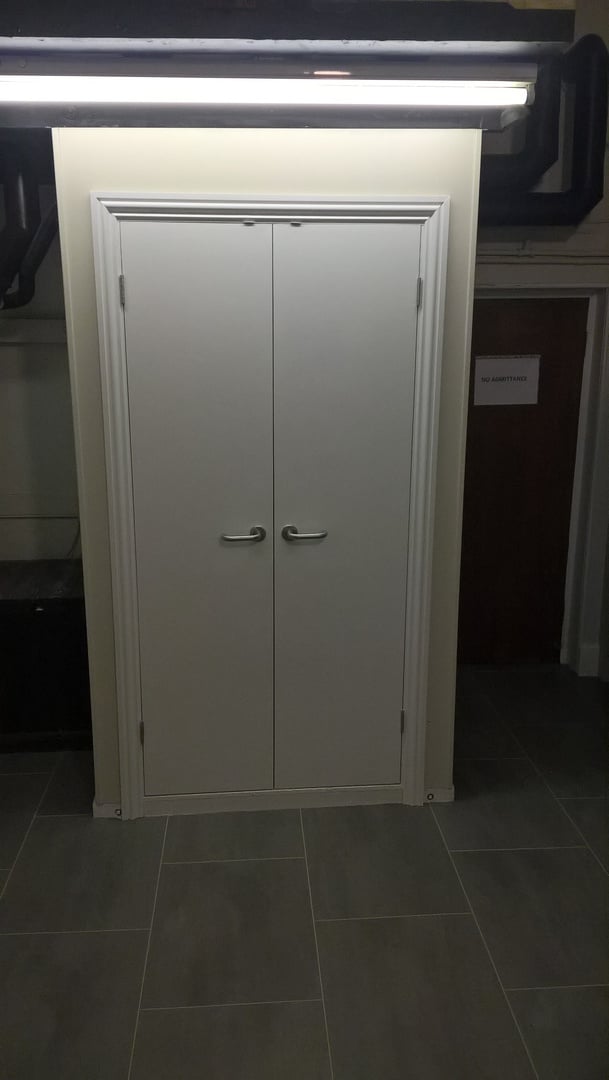 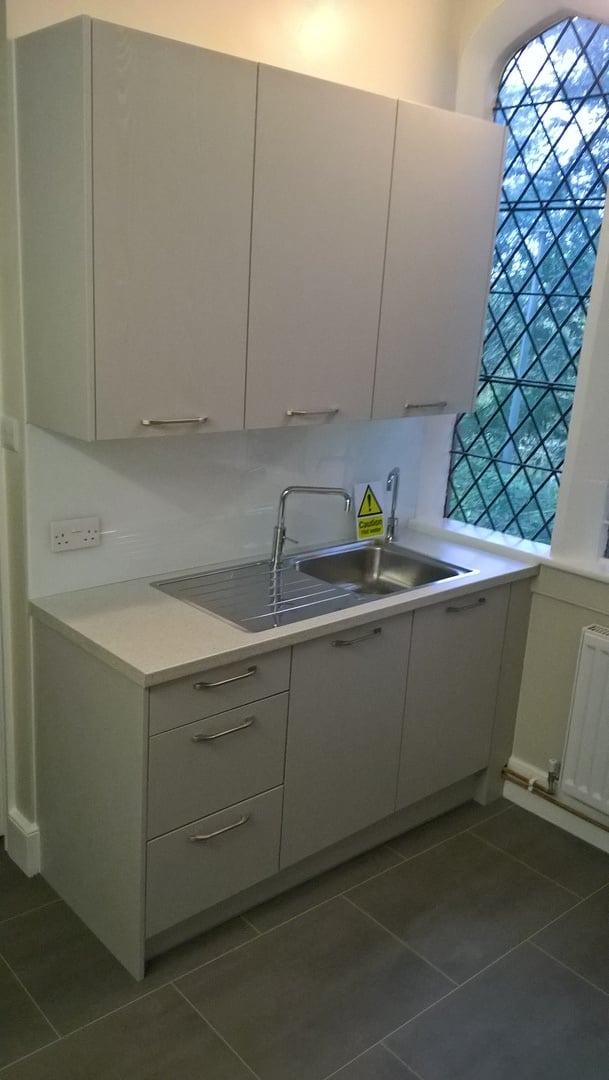 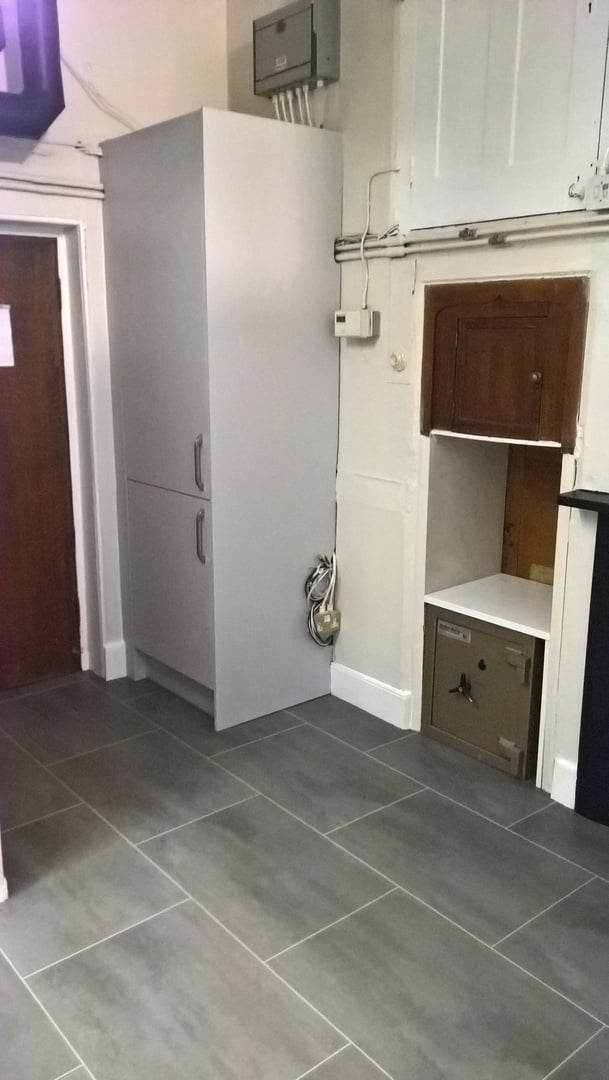 Using matt light grey kitchen furniture we installed base and wall cupboards for tea and coffee etc. storage and on the opposite side created a bespoke tall cupboard and hanging space for the robes, storage for books and supplies as well as desk space where paperwork could be undertaken with comfort. Renovating the organ below cupboard, removing the boarding around the fireplace, running Karndean floor tiling throughout the vestry and re-decorating, helped bring the entire space together while working with the limitations of a Norman building. 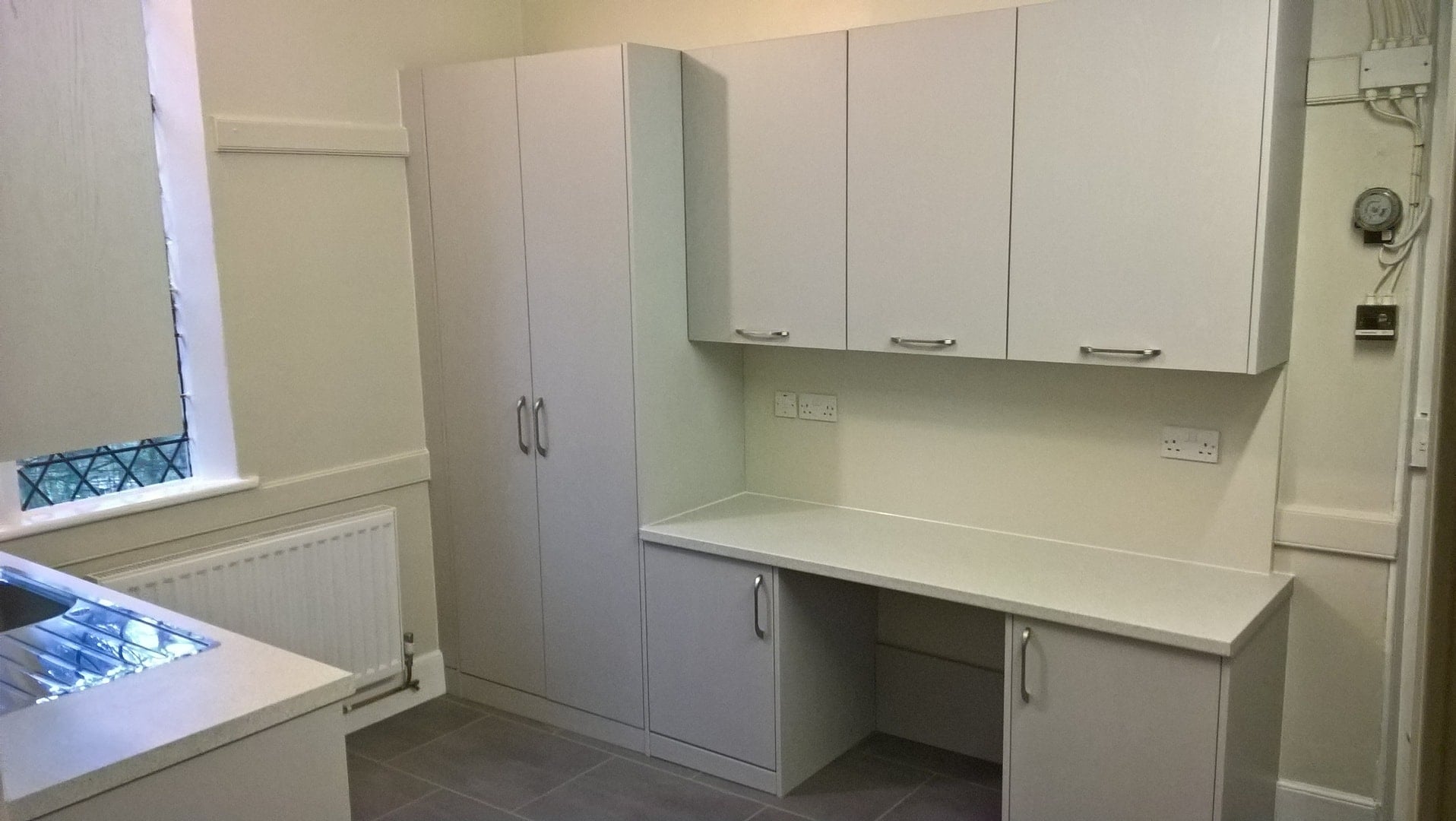 Ready to Explore Our Services?