A Fantastic evening at the KBBreview Retail & Design Awards

We had fantastic evening at the kbbreview Retail & Design Awards which was held earlier this month at the beautiful Liverpool Cathedral and hosted by comedian Joel Dommett.

The kbbreview – the bathroom, bedroom and kitchen industry’s leading trade magazine – has been running these awards for the past 27 years. These national awards celebrate the UK’s very best retailers, designers and manufacturers in the kitchen and bathroom industry.

We had been shortlisted as a finalist in the ‘Bathroom Showroom of the Year’ category and were up against stiff competition from showrooms in London, Inverness and Preston.

Unfortunately we weren’t successful in bringing back the award on this occasion but it was a huge honour to be recognised as one of the top four bathroom showrooms’ in the country.

Director Helen Dobson who attended the event said: “We were delighted to be considered for this prestigious national award and congratulate the winners ESP bathrooms. The award ceremony was an incredible event and it was an honour to attend.” 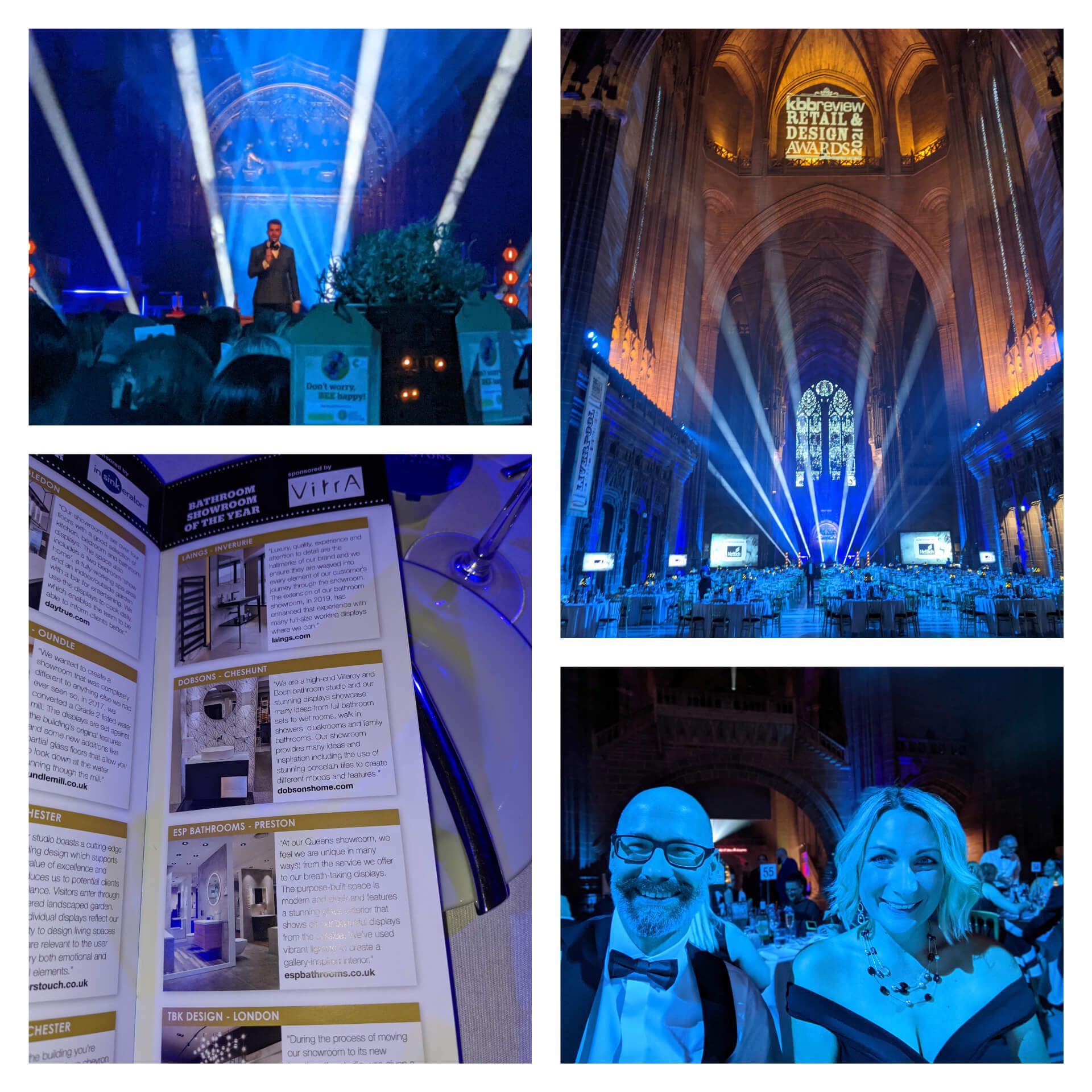